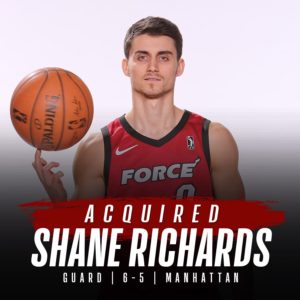 Shane began playing with Yorkville when he was 8 years old.  He originally joined to play travel baseball, but also loved playing many different sports.  He played flag football and basketball with Yorkville right through high school.  It was during this time that Shane found that his true passion was basketball.

Shane went on to play high school basketball for York Prep.  He started all 3 years of his York Prep career while leading his team in scoring.  During the summers of his high school days he played in national tournaments all over the East Coast.

Shane attended Manhattan College on a full scholarship and was a 4-year starter for their basketball team.  In his freshman year, the Metro Atlantic Athletic Conference awarded him Rookie of the Year honors.  Continuing to shine for the school, he scored 1,000 points and set the school record for 3-point shots made.  Recently, Shane was acquired by the Sioux Falls Skyforce, the NBA G League affiliate team of the Miami Heat.

The Yorkville community is very proud of you Shane! 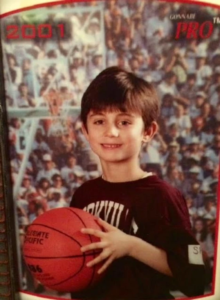 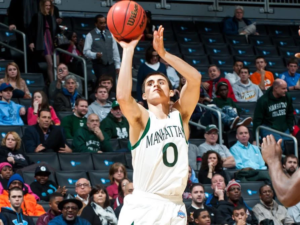